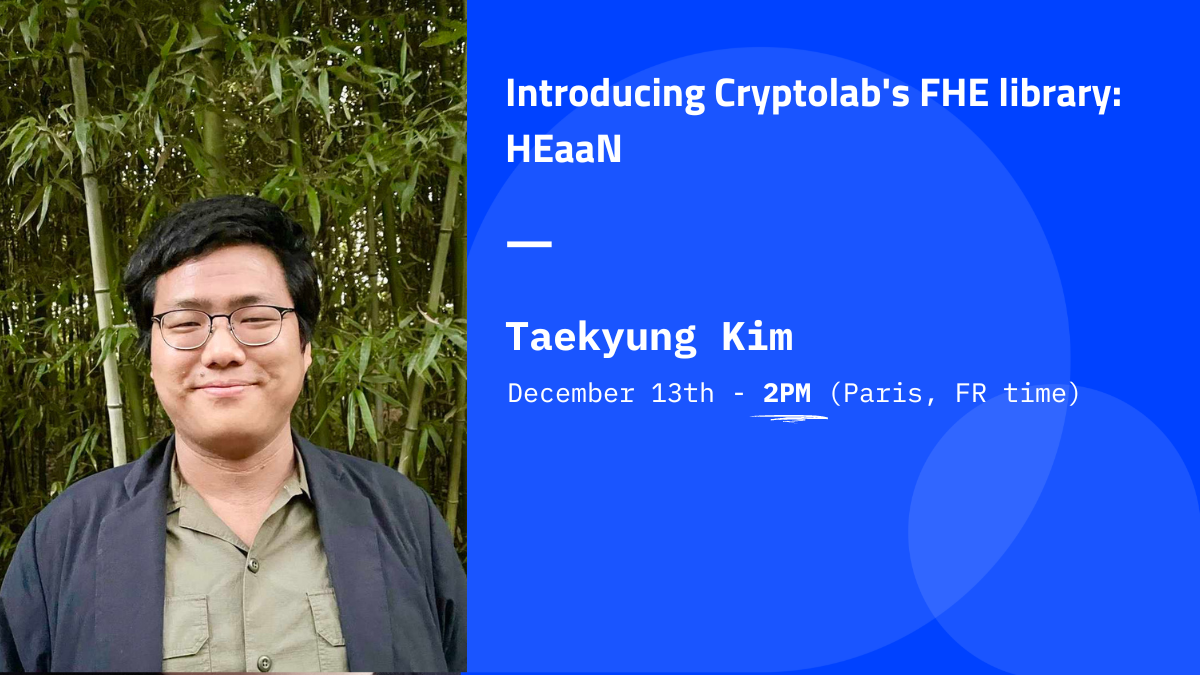 The speaker will also present some pleasant benchmark results for HEaaN, measured by HEBench project, and demonstrate very fast bootstrapping with CryptoLab’s GPU acceleration technology. The code used for the benchmarking will be released freely.

Recently, researchers in CryptoLab can manage to give some academic advances on CKKS bootstrapping. As a final topic for this talk, the speaker will introduce them briefly.

Taekyung has been working in CryptoLab for three years. As HE team lead, he orchestrates 7 members of the team consisting of talented cryptographers, computer scientists and software engineers. The main mission of the team is twofold: to produce impactful academic results in homomorphic encryption, especially on the domain of CKKS FHE scheme, and to incorporate the academic advances into CryptoLab’s FHE library HEaaN.

Before joining CryptoLab, Taekyung was an academic researcher with pure mathematics background. His speciality is algebraic number theory, and got his Ph. D. degree in Seoul National University by his research on the arithmetic of elliptic curves. He also co-authored a book (Korean) to general public about numbers in mathematics. He is living in Seoul, with his beloved sculptor wife.